The early days of the Dresden regional station after 1945 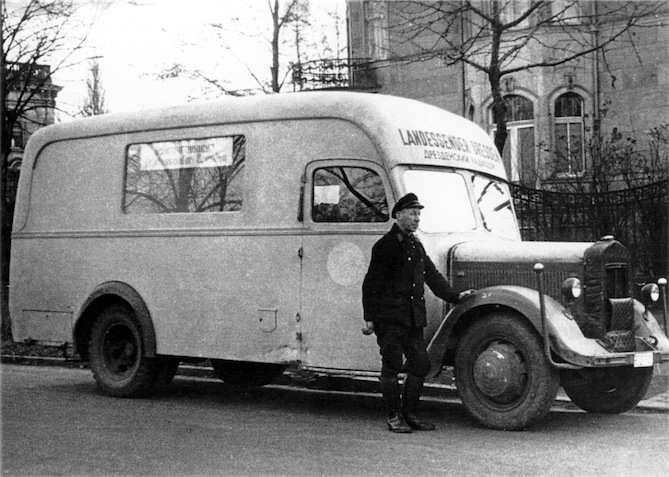 Outside broadcast vehicle of the Dresden broadcasting station with converted “Dora” magnetic tape recording apparatus and metallic tape spools (for 10-minute recording duration)
The photo was taken in front of the Villa Renner broadcasting building in 1945.
© Photo: Gerhard Steinke Collection 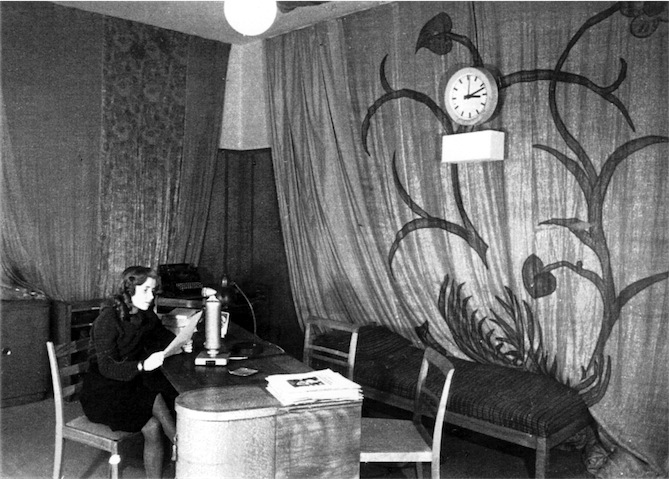 A “radio magazine with music” and rumbling stomachs … 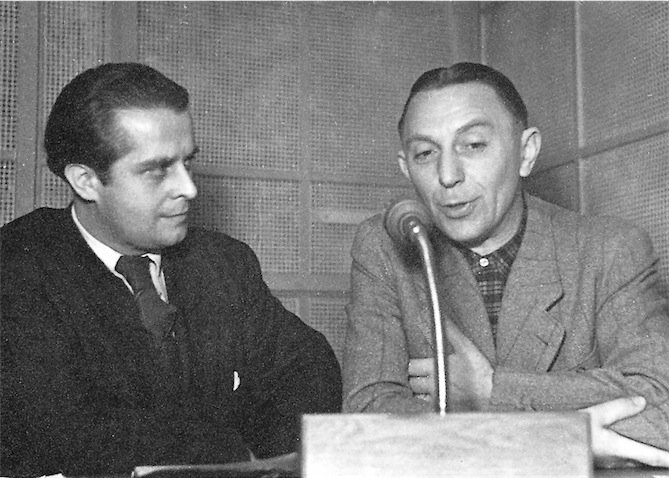 “After the makeshift affair in Obergorbitz, we moved into the first premises of our own – the former villa of a Dresden department store owner in Tiergartenstrasse.We conjured up a studio for music broadcasts in the dining room and a studio for announcers in the main bedroom.We created a control room in the conservatory with our own hands by cleaning used bricks and mixing mortar.

The walls were still not quite dry when the first broadcasts went on the air. Since the very first one was meant to be a Dresden broadcast,we began by transmitting an opera (The Tales of Hoffmann).

Individual scenes from classical works followed, performed by the leading members of our opera, which was at that time housed in Dresden’s ‘Culture Barn’, the Kurhaus Bühlau. Semperoper Edition Vol. 1

Personalities like Erich Ponto, Paul Hoffmann, Walter Hoffmann, Walter Kottenkamp, Alfons Mühlhofer and Wolf Goette were the first to stand before the microphone, despite the fact that we could not pay them a fee”, as radio editor Ulli Busch wrote in an article in the Sächsische Zeitung.

Who made the first tape recordings of the Staatskapelle of Dresden?

The technical arrangements for recording and transmitting were unimaginably modest at the Mitteldeutsche Rundfunk-Gesellschaft, which was formed in Dresden on December 7, 1945.

The only broadcasting aid available was a converted army tape recorder designed to fit into a knapsack. It was also used to broadcast the few (still?) existing tape recordings, to supplement the playing of gramophone records.

One of the last surviving contemporary witnesses is the broadcasting pioneer Gerhard Steinke. The octogenarian audio expert still remembers every detail of his first years working as a sound engineer at the Dresden broadcasting centre, and he has his statements confirmed by former broadcasting colleagues so far as is still possible. His comrade-in-arms at that time was the radio measurement technician and mobile transmitting unit technician Gerhard Wosch:
“I can say for certain that in 1946, when the regional broadcasting station moved into the former villa of the department store owner Renner in Tiergartenstrasse, a certain Erich Muschinsky was contracted to make recordings.” 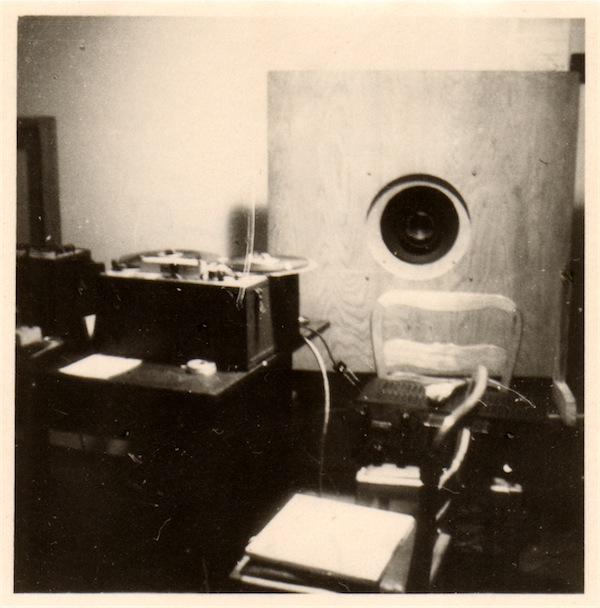 Muschinsky was a qualified radio mechanic and had a bent for making equipment work and improving it. The first spoken reports and music recordings
after the war were made with an AEG Magnetophon K4 (or possibly K6) he had borrowed and later bought from Radio-Reissmann, one of the firms which had not been bombed out. The music recordings were made in the Kurhaus Bühlau as well as in the Tonhalle, and he had put his technical equipment in an old van for the purpose. Semperoper Edition Vol. 1 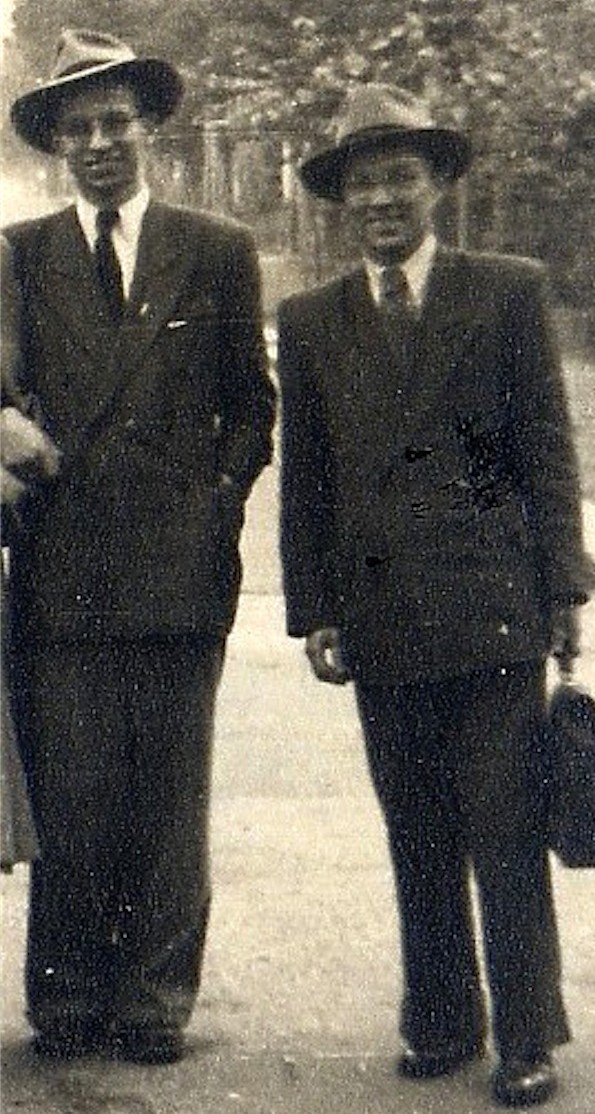 Erich Muschinsky was later helped by Gerhard Liebscher to get a job with the firm Ultraklang (owned by Claus Krieger) in Dresden, building equipment to order for the regional broadcasting station including a variety of record players (PAG) with Neumann pickups (R5 or the like) and tape recorders of
his own design which ran at 76.2 cm/s and used 3 SAJA synchronous and asynchronous motors and button controls. They were relatively light and portable (without case), and used a separate amplifier (V 47 or his own design).
He was also responsible for having precision reel hubs manufactured from cast aluminium, with turned rims for correctly attaching the tape.

When the firm Ultraklangmoved to the West in 1950 (later Nairobi), Muschinsky stayed in Dresden, where he continued to work as a radio technician and built other sound equipment for the young Dresden broadcasting station, getting the magnetic heads from the firm Bogen (in Lichterfelde, Berlin) and other necessary components from Radio-Conrad. Technical assistant Evelyn Garten reports that orchestral recordings and live recordings from the Tonhalle and the “small house” in Glacisstrasse were transmitted along lines specially laid by the post office and that Raphael-Dieter Fuhrmann, who worked for the Dresden station as an electromechanics apprentice until mid-1947, laid the first programme lines (at that time still known as “modulation lines”) to the Hygiene Museum. Direct connection to the MDR broadcastingcentre in Leipzig was also possible, permitting the transmission of Dresden broadcasts in Thuringia and Saxony-Anhalt as well. Dresden broadcasts began in 1946 from the Renner villa in Tiergartenstrasse, on the first floor of which Evelyn Garten operated the tape recorders “Dora” and “Caesar” (originally dictating and knapsack machines). The production and broadcasting studio (control room) was on the ground floor, where the broadcasts were mostly controlled by sound engineer Max Rauschenbach.

For the expert information we thank:
Gerhard Steinke (born 1927)
Sound technician / engineer with the Dresden broadcasting station in 1947

Gerhard Liebscher (born 1926)
Employed by Radio-Reissmann of Wasaplatz in Dresden and a friend of Erich Muschinsky of no. 17 Risweg in the Dresden suburb of Weisser Hirsch, he got a job for him as radio mechanic at Radio-Reissmann.